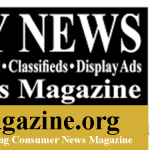 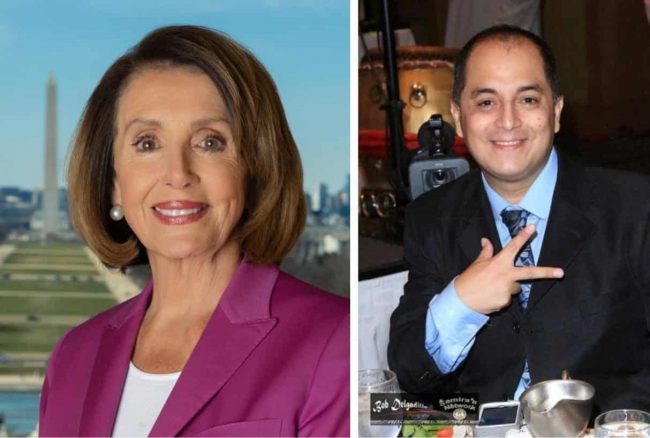 Office of the Democratic Leader

RE: Donald J. Trump Impeachment and Inauguration of Hillary Rodham Clinton as the Truth 45th U.S. President Voted and Elected by The People.

First, I want to congratulate you for been elected Speaker of the House by members of Congress. I hope this letter find you well.

Now let’s get to my point of this letter. As you know we have a president in the White House whom doesn’t deserve to be seated and getting pay more than Half a million including lots of perks. Well, money is not the issue here. The issue is that Mr. Donald J. Trump thinks he is beyond the law and he doesn’t have to follow it.

My point here why Mr. Trump feels he can break the rules especially the US Constitution set and signed by our Founding Fathers of the United States?

I want to ask you and do the right thing this time. I know when president George W. Bush you refused to start impeachment process. Well this time, I urge and ask you to start the impeachment process against the worse president of the USA who is a scammer, con artist, traitor, thief, liar, racist, sick, cheater, corrupt and more. You know I am talking about Donald J. Trump who won the elections by cheating and working with Russian to interference in the 2016 United States elections.

So on the next congress assembly I ask you before Mr. Trump walk in you tell congress that you have a “Motion” and is “Impeachment” and the you want them to start on it now. The members of congress they know whom you want the impeachment and they know what they have to do next.

You tell members of congress to take away everything from the fake president, evict him and his family as well his puppets and give them 24 hours to vacate the premises. Mr. Trump has created shell companies overseas and have been transferring/wiring money from the US Treasure Department. He is stealing the US people money because he knows he may be lock up in jail for been the corrupted president of the USA. Don’t allow him to finish his term that will be a huge mistake on your part.

Hillary Rodham Clinton has the skills and experience and if you have forgotten I am cutting and pasting here what it shows on Wikipedia: Hillary Diane Rodham Clinton (née Rodham; born October 26, 1947) is an American politician, diplomat, lawyer, writer, and public speaker. She served as the First Lady of the United States from 1993 to 2001, U.S. Senator from New York from 2001 to 2009, 67thUnited States Secretary of State from 2009 to 2013, and as the Democratic Party‘s nominee for President of the United States in the 2016 election, the first woman nominated by a major party.

Clinton made a second presidential run in 2016. She received the most votes and primary delegates in the 2016 Democratic primaries and formally accepted her party’s nomination for President of the United States on July 28, 2016, with vice presidentialrunning mate Senator from Virginia Tim Kaine. She lost the presidential election to Republican opponent Donald Trump in the Electoral College, despite winning a plurality of the popular vote. She received more than 65 million votes, the 3rd-highest count in a U.S. presidential election, behind Obama’s victories in 2008 and 2012.

As you see she have tried two times and for sure on the second time she is a truth winner but Donald J. Trump cheated. So I ask you to do the right thing. Ignarute Hillary Rodham Clinton as the truth winner 45th US President after Trump impeachment. If you don’t make this happen, the American people will blame and dislike you. The haters will eat you alive like they did with President Barack Obama.

For your information if you don’t do this, Bernie Sanders may win the elections because my independent research with the public from different demographics and financial backgrounds they tell me they voted for Trump but their vote will go to Bernie Sanders. In my opinion Mr. Sanders will not be tough and I don’t think he can handle the job as president of the USA because of his age and health condition. So make your executive decision to call the Motion on the floor of Impeachment at the next Congress meeting.

Honorable Speaker Nancy Pelosi, You must do this and set it on the record due to the fact that if you don’t your political career may be over. Currently you have lot of favoritism with the American people because of your toughness and be straight forward to the fake president. If you show your weakness the American people will ask member of congress to select another speaker of the house.

As a Salvadorean and 100% Latino that I am, but naturalized US citizen. I am so proud of your accomplishments and I still believe we can if we continue following the rules set by our founder fathers of the US; we can reach the American Dream on the promise land of the free.

Honorable Speaker Nancy Pelosi, I hope to heard back from you and please don’t disappoint me because I am educating people telling that you have fake president Donald J. Trump on a leash.

The author of this post can be a reporter, correspondent, writer staff of DiversityNewsMagazine.org