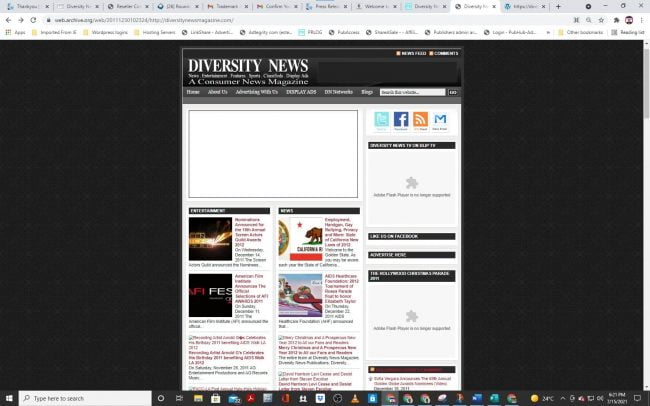 During July – September 2019, Mr. Escobar was not able to pay the renewal fees to GoDaddy immediately due to financial hardship and litigation going at the moment. When Mr. Escobar was ready to renew its domain on September 2019 GoDaddy has already sold the domain to a guy overseas from Punjab, Pakistan who is a domain squatter. Immediately Mr. Escobar registered the domain name Diversity News Magazine Org while consulting with his colleagues and friends on ways to get back his Diversity News Magazine Dot com domain. Mr. Escobar was advised to trademark his domain name which he has done.

For your information, the domain squatter will first perform searches on the availability of domain names, which include business names, brand names, trademark names, or anything he or she feels will be valuable to the company willing to pay for. If it’s available, the individual buys the domain name, with the intent of selling it at a higher price to the owner of the business or the brand. 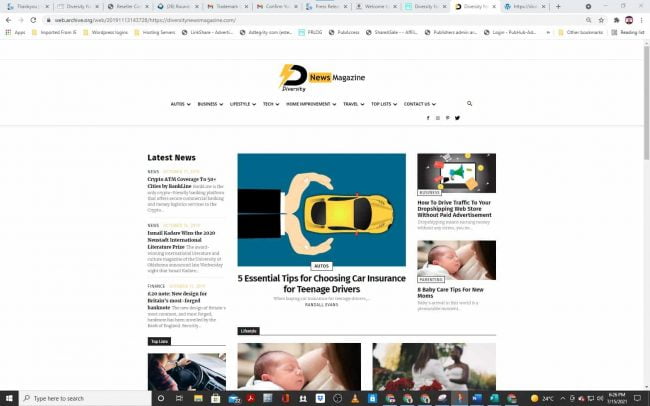 Sarah Jones who is currently violating our trademark domain name is a been a cybersquatting participant. Please note that she is not an employee, not an agent, not consultant, not a representative or is not part of Diversity News Magazine.com neither DiversityNewsMagazine.org or any other subsidiaries of Diversity News Media Brands. We ask that to be aware of possible fraud and scams where we are not to be held liable or responsible for the individual cybersquatting tactics. 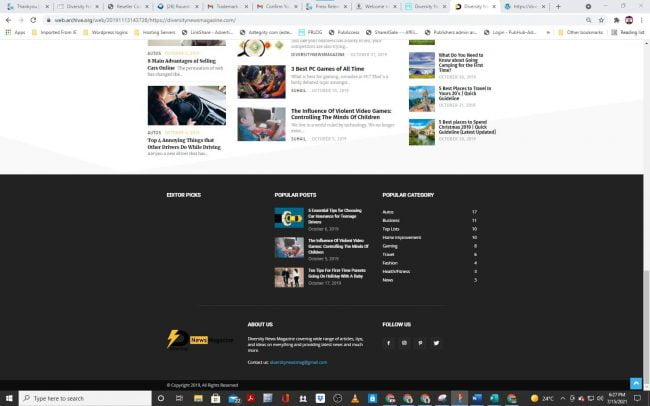 For those people who does not know what Cybersquatting means, it means the practice of registering names, especially well-known company or brand names, as internet domains, in the hope of reselling them at a profit. It also means registering, trafficking in, or using an Internet domain name with bad faith intent to profit from the goodwill of a trademark belonging to someone else. The term is derived from “squatting“, which is the act of occupying an abandoned or unoccupied space or building that the squatter does not own, rent, or otherwise have permission to use.

Domain squatting is illegal. A domain squatter is blocking the rightful owner of the trademark or brand from acquiring the domain name and using it to increase his or her internet visibility. 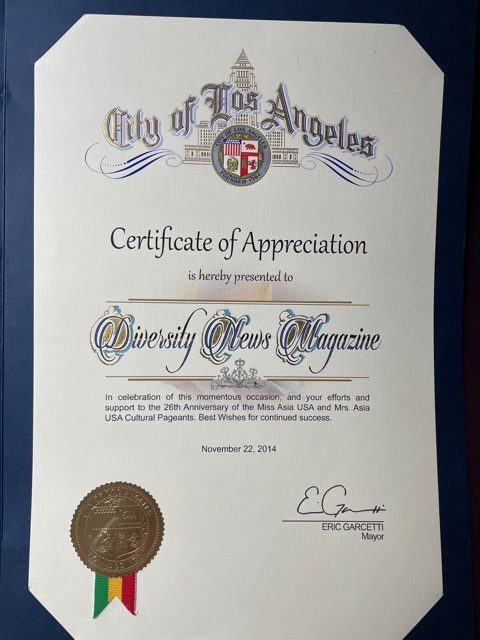 For those who does not know what Cybersquatting means, it means the practice of registering names, especially well-known company or brand names, as internet domains, in the hope of reselling them at a profit. The Pakistani guy contacted Mr. Escobar via Facebook and Twitter. One time the Pakistan man asked Mr. Escobar to buy back Diversity News Magazine Dot Com from him for a higher price. 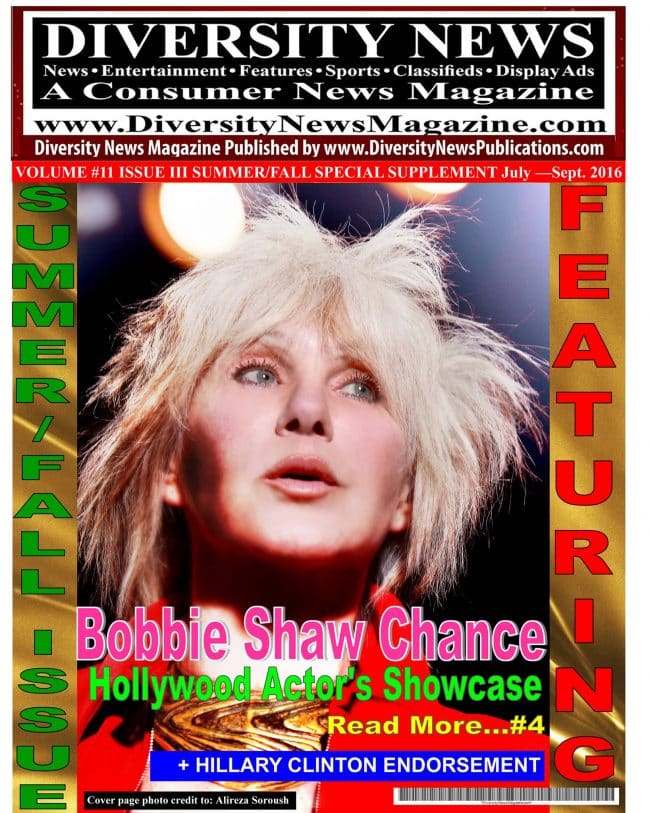 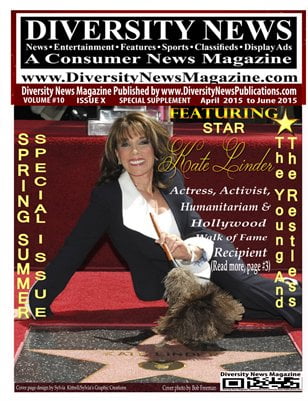 So now that the United States Patent and Trademark Office has published that Mr. Esteban Escobar has filed for the trademark DIVERSITY NEWS MAGAZINE – DIVERSITYNEWSMAGAZINE.COM. Mr. Escobar issue a Trademark Infringement – Cease and Desist and Domain Trademark Infringement – Cease and Desist to the known Registrar and Hosting companies as well the contact in the domain Whois database which is mostly hidden as private. So Mr. Escobar received a response from the person that may have bought Diversity News Magazine Dot com from the worm Pakistan domain squatter. The person is refusing to cooperate by transferring Diversity News Magazine Dot com to Mr. Escobar hosting company. Also one of the hosting companies representative has responded stating that the trademark is not true enforceable because is in process at the USPTO. 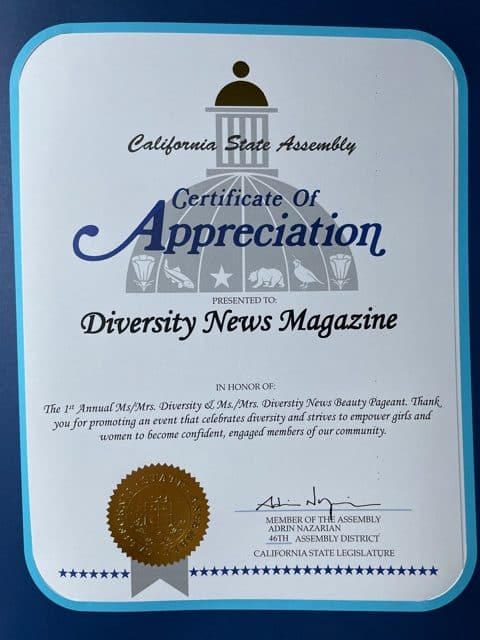 Mr. Escobar just want his the infringement person or individuals to stop using his domain name. Mr. Escobar is the one who has expended many years and thousands of dollars on Diversity News Magazine Dot com in the domain marketing, SEO, performance and online footprint. He would not do something like that if he is not interested on it. So the domain squatter knew what he was doing just to get a quick buck. Mr. Escobar bumped with a woman of the name of Sarah John who has is hiding her identity. Mr. Escobar thinks Sarah John may be the one that make a deal with the worm Pakistan domain squatter by buying the domain from him. That makes Sarah John a domain squatter herself! 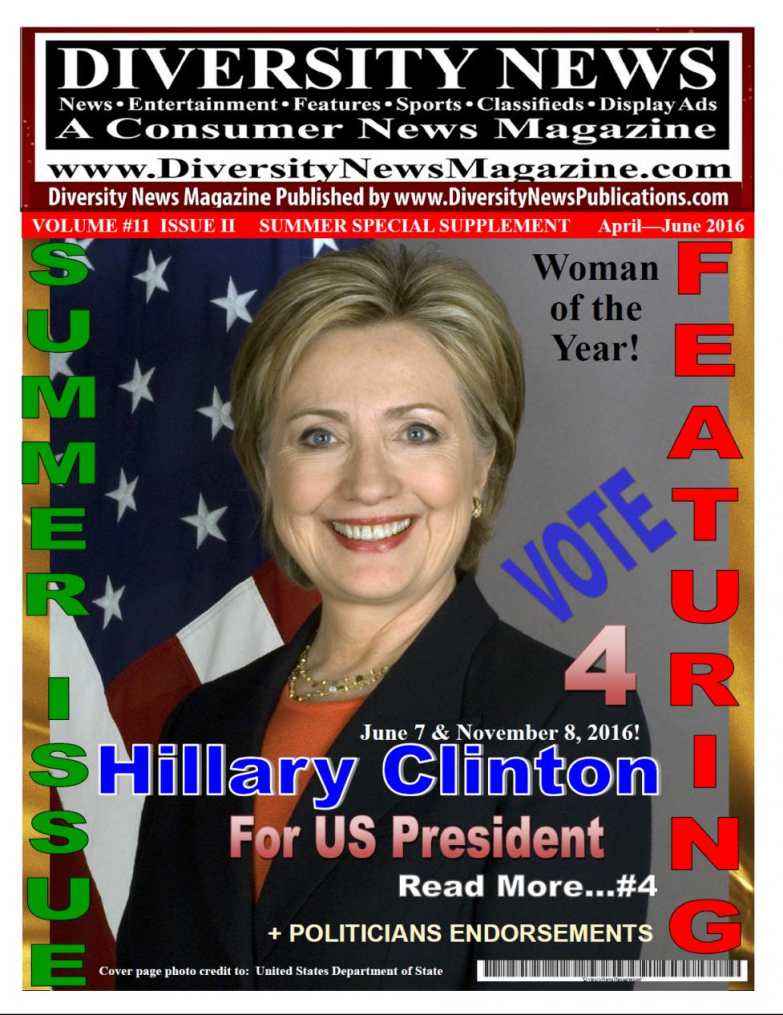 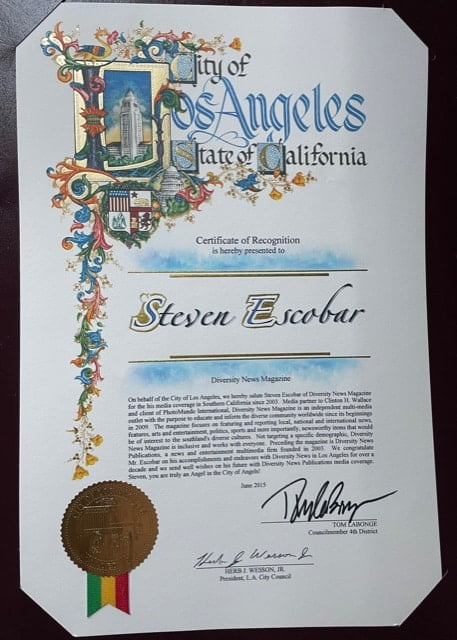 Also please note that Sara John or whomever she is affiliated does has any rights and do not own Diversity News Magazine dot com and be cautions of fraud or scams. Mr. Escobar does not want to consider a lawsuit against the infringer, but he is considering shutting down website Diversity News Magazine Dot Com. That only thing Mr. Escobar wants is his domain name to be transfer to his hosting company name Free Hosting at (502) 791-5340 You can also contact Mr. Escobar at his cellular 213-321-9408 or email to: [email protected]

Save The Date! The 33rd Anniversary Crowning of the 2021 Queens

Where to Go Camping this Summer

Choosing the Best Dry Shampoo for Your Hair

How to Kill Time During the Winter Months

How To Clean Your Jeep’s Rooftop Tent After Camping﻿

Reasons Why Vehicle Depreciation Will Rise in 2019

Ready To Make Your Picks For Super Bowl 51?

Editorial and Opinions Education: State and National Shield Laws in the USA

Breaking News: Same Marriage is Legal in All the States of the United States of America

Why Online Bingo is So Popular

Scripted in Heaven By Lourdes Duque Baron, MHA, MSG. to be Interviewed on Diversity News Radio, On AIR with Steven Escobar

Music Artists Who Regularly Attend the World Series of Poker

Esteban Escobar Hot 500 Yahoo! Contributor for the Month of March 2012

Diversity News Radio, On AIR with Steven Escobar to be Feature on BlogTalkRadio’s Homepage

A Night Of Moroccan Magnificence at Ingrid’s Cafe in Beverly Hills‏, CA

Tips and Tricks to Make you a Better Date

https://wp.me/pcfr6Y-5tg
Amazon is Attempting to Convince the US Government to Legalize Marijuana
#marijuana #news #Trending #TrendingNow

Bhakts Please don’t burn after seeing this 🤪🤪 #आज_भारत_बंद_है #FarmersProtest we are trending in news as well. Power of Unity.

Jaguars kick returner Jamal Agnew secured a place in NFL history on Sunday, returning a missed field goal 109 yards for a touchdown to become the third player to achieve the feat. https://www.actionnewsjax.com/news/trending/jacksonvilles-jamal-agnew-ties-nfl-record-with-109-yard-return-td/DG7W4LG7UJGOZMASB5TEZTPF4U/

Good news about the G5 MLP movie, it's doing REALLY well on Netflix, and is currently the second top trending film on the platform.

This error message is only visible to WordPress admins