LA Pride 2022 Is Back to Hollywood 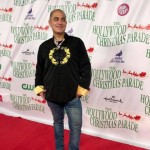 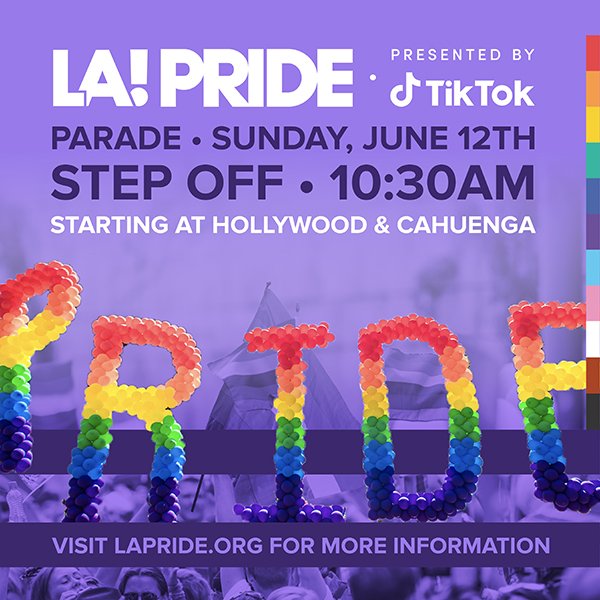 On February 22, 2022, Christopher Street West (CSW), producer of LA Pride announced that its annual Pride parade will return on June 12 after a two year hiatus. The second largest Pride parade in the nation will now be centered in Hollywood, a historic shift away from West Hollywood in the 50+ years since the parade became a regular occurrence.

Because of the onset of COVID-19 in 2020, LA Pride did not have the opportunity to celebrate the parade’s 50th anniversary. This year as the parade moves forward in its new route and location, it will be broadcast live by our longtime media partner KABC-TV/ABC7.

LA Pride Parade is set to feature over 130 parade floats, marchers, trucks, exotic cars, twirlers, performers and more, marching in style as only the LGBTQ community of LA and its allies can!

This year’s theme is #LoveYourPride, and we invite you to do it with thousands of your closest friends in a spirit of unity, joy, and fabulousness! After all, that’s what Pride is all about!


Be sure to arrive early to get a great spot along the parade route. Parking in Hollywood can be tough, so please consider using convenient public transportation – the Hollywood/Highland station is best – or use rideshare.

After the parade, head over to Pride Village on Hollywood Blvd. between Cahuenga & Vine, and a beverage garden on Cosmo between Hollywood & Selma. Pride Village is a new neighborhood festival organized by The Hollywood Partnership in collaboration with LA Pride.

Sponsor tents will be on the section of Hollywood between Ivar and Vine, near the Ferris wheel, community stage and vendor booths. That’s right! We said Ferris wheel! Learn more by checking out this Hollywood Pride Guide.

“LA Pride is thrilled to come together this year to commemorate the historic anniversary at the parade’s first and original location,” said Gerald Garth, vice president of programs and initiatives. “As a mission-driven and community-centered non-profit organization, CSW recognizes that LGBTQ+ experiences of Los Angeles are broader than just one neighborhood. Considering feedback gathered since the pandemic began, we are committed to creating experiences and access to our entire community, including many of those who have been most underserved and underrepresented.

Every year, CSW organizes its Pride Month activations and events thematically and after the two years without a parade, this year will be no exception. The commitment to equity includes a focus on generational, experiential and geographic diversity that will live beyond solely the month of June and into the year following.


Continued Gerald: “We considered many options for the parade, both traditional and progressive. Hollywood as the original historical location for the first Los Angeles protest 50 years ago was a natural choice to honor what Pride really means and where Pride will go in the future. We are continuing to work closely with the city and community stakeholders to confirm additional details that we look forward to sharing very soon.”

LA Pride will follow health and safety guidance as outlined by LA County health officials and the CDC. Information about route, safety, security, float capacity, and further parade and programming will be available on www.lapride.org.

Christopher Street West (CSW), a 501(c)3 nonprofit, organized the world’s first permitted parade advocating for gay rights on June 28, 1970, to commemorate the Stonewall Rebellion on Christopher Street in New York City the year prior. Over 50 years later, CSW remains an active voice for the LGBTQ+ community of Greater Los Angeles. While best known for producing the LA Pride Parade & Festival (the second largest Pride celebration in the country) they also organize, sponsor or support community events throughout the year, and work with their nonprofit, philanthropic, and community partners to further diversity, equity, and inclusion. Visit lapride.org for more information.